The harshness of this winter has made the sweet smell of a packet of seeds even better.  Finally, March is here and for me that means starting seeds.  I know I am slightly insane, not many people in Baltimore start their seeds this early, but I really like to make sure I get the most out of the growing season.   Some good friends of mine used to run a farm and had a stand at the farmers markets, they always started their seeds on March 1st.  This meant that they had tomatoes before everyone else and had a more profitable growing season.  I know that I am not quite ready for the farmers markets, but I am trying to learn from the best.  So far this spring I have already started 216 seeds. Mostly tomatoes, peppers that will be transplanted into the ground and then also a tray of broccoli, spinach, collards, tomatoes, and lettuce that will be transplanted into the aquaponics system, (if it ever thaws out).

I am still learning when it comes to gardening, we have been “gardening” for 6 years.  I use the word “gardening” loosely because the first year the only thing we successfully grew was volunteer tomatoes from the compost.  The second year we did better, we had maybe two tomato plants. squash and some beans.  By the third year we were doing much, much better, we had tomatoes, cucumbers, beans, squash, peppers, blueberries, a few carrots and some herbs. This was the year I learned how much damage chickens can do to seedlings. The fourth year, I made sure the seedlings were fenced in, the chickens were fenced out and it was better than the third. Last year, however, was the first year I feel when we really started growing some of our own food.  We had enough for our family as well as enough to give away. This year I would like to do even better than last.  We are hoping to grow enough to support our family as well as enough to sell to another family.

All that being said, with seed starting there is always a balance.  Heat verses light.  I had some seeds that I started really early in a window with a heating pad.  They sprouted early, but because there was not enough light they grew too tall and stringy and do not look healthy.  The second set I started with a grow light, but I am concerned that they are not warm enough.  The seeds are not sprouting very quickly.  I hope that I can get the balance right and we can have a good start to our growing season. 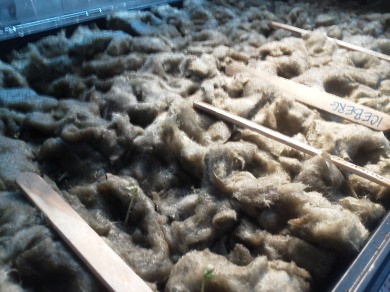 All that matters to me right now is that we are on our way.  I have hope that spring is coming and soon I will have my hands deep in dirt!  For now I have done everything I can do, seeds are ordered and some are planted, potatoes are ordered.  We are building more garden beds when weather allows and we are turning compost.  Those tomatoes and cucumbers warm off the vine are going to taste so wonderful this year. 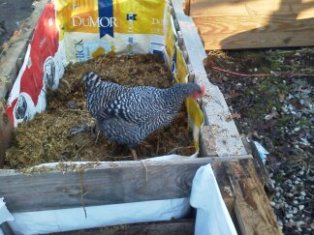